How it ends: DOIJ- It needs to be said. 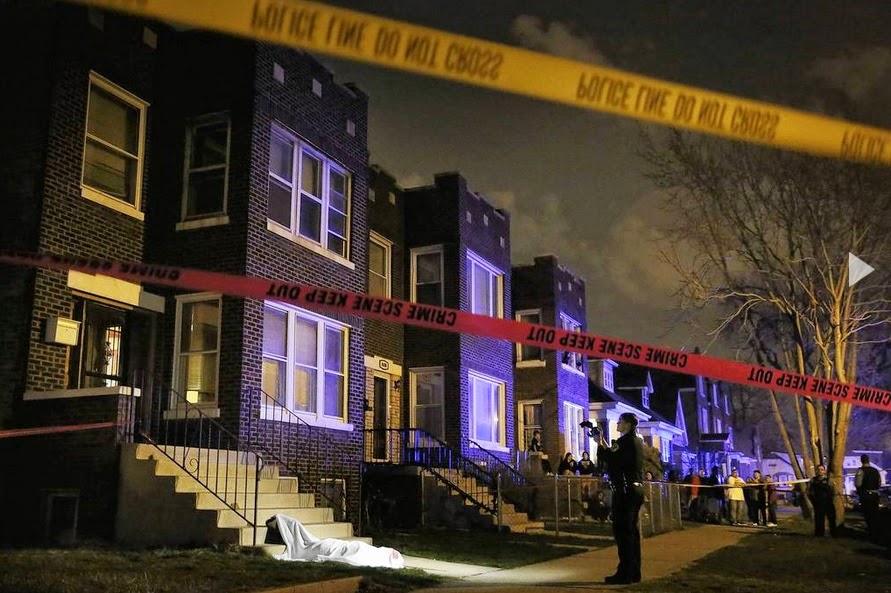 How it ends: Dead or in jail.

We've all seen the movies- the deceased hovers above the scene of their death wondering why.  Asking, (scratch that) begging for a second chance. No one answers.

As I saw the picture above online, I so wished I could take back my words.  I so wished I was wrong.  You see, I've always been the guy that calls it like it is.  I've been called the 'truth police' by some.   I don't believe in mincing words when it comes to calling it like it is.  Last June I did just that.

When my nephew was shot five times and brought within an inch of his death- I'd seen this before.  It's a wake up call.  Some hit the snooze button on life and sleep through it, others- well they see it for what it is.  But to save insulting anyone- they dance around the issue.   Not me, I reached over and grabbed my relative by the shoulder - "you have one at risk*, one in the hospital on his deathbed and one you still have to worry about.  What are you going to do?  You know how this ends right? "  He looked up at me expressionless- "I know" he said.

I later found out- I was made the pariah in the family for speaking my mind.  A role I've grown used to in life, I have the bruises to show.  The truth hurts- it burns sometimes.  I just couldn't see myself standing by.  You see, I've taken it as my calling to helping the youth of Chicago by making sure that parents (like my in-laws) see that Scouting is an option for their sons and daughters.  A possible way out of the neighborhood.  An opportunity to supplement what they may or may not be doing to instill a moral compass in their child.   I believe strongly that the lack of strong moral fiber is what is missing- it is what we don't talk about in mixed company.  Albeit judgmental, The White community seems to  know that it comes with education- but they can't talk about it- because they may be seen as 'racists'.  Some in the black community crucify those from outside their community for pointing out what we all know is true.  How dare they?  Heck, I'd argue they crucify those in their community who speak the truth- I call Bill Cosby and President Obama as evidence in the battle for what needs to be said.  The common point in much of this is the acknowledgement of how god wants us to live with each other.  In the Latino community- parents sometimes turn a willing blind eye to the reality right underneath their very eyes.  Not 'mijo' (my little son)! He's a good kid.  He may be, but you gave him up to the streets.  Streets that are a far cry from a cul-de-sac in some tony neighborhood in suburbia. Streets that don't forgive your mistakes.  Streets that don't love you back.

At the end of the day, Scouting faces the same challenge the education system faces.  It's sometimes our job to try and repair what isn't addressed at home.  It's a deficit we have in our society- a deficit of moral character of civilized behavior with each other. My work is talking to parents about the benefits of joining my gang- "Boy Scouts" and sharing the profound impact it can have in altering the course of their lives. A conversation that often falls on deaf ears.  "I can't afford the $5" , "We don't have time" are some of the excuses I hear often.    I've lost track of the times that I've paid the $5 out of my own pocket to remove the excuse and give their sons the chance at life, At a future.  To the time excuse,  I don't have an answer, as everyone manages themselves, but I believe there is no free pass in life, you put in the time early or pay later- but we don't get away for free.  Parenthood calls you to realize that very early in the experience- there are no shortcuts.   When I look back at what 'could have been' in my life, I'm so blessed to have had the mentors to steer me on the right path - to join Scouting which has fundamentally changed my life.  I digress...
We Failed.

So the call came at about 1:40 a.m. Sunday morning.  I've had tons on my mind as my own dad has been sick.  The phone rang and then nothing. I immediately thought the worst.   I ran over to the dresser- It was my wife's phone.  "Hon- it is your brother".  Calls in the early morning hours are seldom good.  "Don't say that" She said, "I'll be right there".   It stung- hard. We received the news that her nephew had been shot by 'one of his friends' in an altercation.   The family was convening at the crime scene.

As I waited at home- our two young ones asleep.  I reached out to my contacts.  The facts were pretty damning:  "GSW- short range.  Weapon allegedly recovered.  Not registered. Illegal gun. Gang related. Person of interest in custody."

It took me back to a birthday party to which we were invited  for his little girl, Layla last Summer.  The first one he was able to attend last July after he was released (colostomy bag and all) from a lengthy stay in critical care.  A hospital stay that came from being shot by a rival gang member.  He got a second lease on life, yet it didn't seem to matter.   He was right back to living "the life" then- wearing the colors and everyone (the whole family) was in full denial.  Not me.  As I watch him and his friends, sitting in the driveway flashing signs at passing cars,  I could see that even being on his deathbed hadn't done it.  This had one ending possible: Dead or in Jail.  Strike the second option.  An ending that comes "with the life", predictable yet avoidable.   Had he known it would end this way, would he have done it differently?  If he could hold his little girl one more time. I wonder.

Rest in Peace.  We failed you.

*I've redacted some specifics as this is still a legal case.
Related Information:
Teen held without bail in slaying outside his Southwest Side home-Chicago Tribune