The Eve of the Election 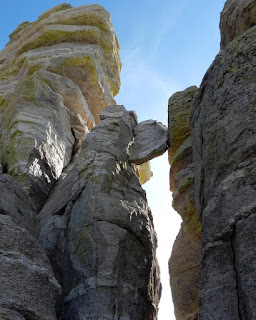 The polls will open in a few hours and what seems like a perpetually toxic campaign season will come to a close.   It seems as though the last three election cycles have progressively divided our country at every possible point:  Race, Religion, Socio-economic class, political ideology and now gender.   It seems as though at every juncture we use the 1st amendment as a battering ram aiming to bludgeon the opposition into submission.  Via social media, in conversations you see the shaming on both sides of the ideological fence.

As if it where not enough to have democrat and republican, we now have full fledge divisions in those respective traditional parties.   Born out of frustration that career politicians no longer understand the very constituents that claim to represent.  A proverbial outsourcing of our democratic process, we entrust individuals whose wealth far exceeds the average American.  How can they remotely understand what the common person struggles through each day?  How can they comprehend the financial gaps that result from outsourced jobs or inflation in household cost of living due to increased taxation which sought to feed the beast that politicians created?

We live in an era of supersized government and as been said before- our children stand to inherit one of the largest national deficits compounded by larger deficits at the State, County and City level.  What little disposable income families had evaporates at the hands of the policies enacted by politicians.   Governmental intrusion occurs at every level with a structure that provides hidden expense and closure of opportunity to every American.

It seems as though every election feels like the crucible of Society is close to being upended.  This election is no better.  We have reached a new low- two candidates so personally flawed that the decision to choose of the 'lesser of the two evils' has us come face to face with Mephistopheles himself as we hold our noses and vote. It doesn't make the decision easier:  Do we teach our children that it acceptable to outwardly insult, bully and denigrate people or do we go deeper into the abyss and show them that lying crisis of character and political subterfuge are acceptable personality traits of the leader of the free world?  Adopting the Win at all cost mentality has its consequences as we sever relationships with friends and family members- with co-workers and neighbors.   For what?

In almost twenty-four hours we will know the results of this shameful period in our country's history. Both sides will claim that history has been made regardless of who wins the election.   The most concerning element is that we have lost the very essence of who we are as a nation, what is acceptable conduct in addressing one another in a public debate and a list of other issues.  My hope is that we can come together as a nation and work together again for a common good.

Otherwise, what legacy are we really leaving our young ones?


~Lou Sandoval is a business owner with over 17 years Fortune 100 experience. In 2002, he left a successful career to pursue his dream of business ownership. Lou believes in giving back to his community and has also been involved in the Boy Scouts of America and serves on a few non-profit and professional boards. Opinions expressed here are solely personal and not a representation of any of the organizations with which he may be affiliated.
Email Post
Labels: Americanism culture election 2016 politics society