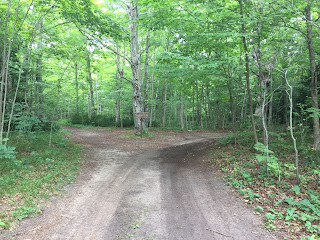 Some personal thoughts on another interesting week for our nation. The path least traveled will set you free.

Reading these and other headlines this week and you smelled the classic catch 22.
It's a no win situation. Hold true to traditional American values, pray and honor duty to god and one side will crucify you. Allow girls, walk a mid-line of inclusion and the other skewers you. In a hyper-partisan world , I guess you know you are on the right path when you are attacked by both sides.
In the end it is about common American values- the 12 points of the Scout law:
A Scout is trustworthy , loyal, helpful ,friendly ,courteous ,kind , obedient, cheerful ,thrifty, brave ,clean & reverent .
Those values know NO party and all of our elected leaders could stand to heed (at least )a few of them.
Put another way: Chicago was the birthplace of the American Scouting movement dating back to 1910. Scouting was once strong in all of Chicago's mostly working class communities. Today it was announced that Chicago reached the 400 homicide mark (and it is part way through the year). Chicago is as liberal , tolerant and accepting as it can be, yet we fail to heed one or more of the 10 commandments on a daily basis (thou shall not kill, steal etc). In some of our communities -churches and religious leaders are as plentiful as liquor stores (one on every corner) yet salvation is no where to be found. A classic "tale of two cities" in many Chicago communities-Hope is awash in a sea of despair.
Scouting was kicked to the curb by Politicians in the 70's and removed from public schools. Think of where North Lawndale, Back of the yards, South Chicago, Little Village or Englewood might be if for three decades we had nurtured successive generations of youth growing up in the Scouting way with the Scout Law as their compass?  ... the possibilities are endless.
I'm confident that Scouting will persevere it always has, it will be there for those that want to walk the road less travelled.
My .02.
#preparedforlife

~Lou Sandoval is an entrepreneur whose successful career transcends over 17 years of Fortune 100 experience parlayed into business ownership. Lou believes in giving back to his community and has been involved in the Boy Scouts of America's leadership. He serves on a few non-profit and professional boards. Opinions expressed here are solely personal and not a representation of any of the organizations with which he may be affiliated.
Email Post
Labels: City of Chicago path less traveled Prepared for Life scout law scouting society violence in Chicago