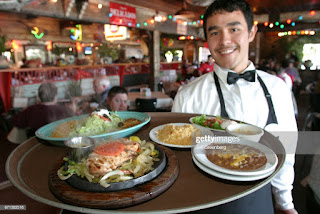 Please Note: The names used are fictitious to protect the innocent.


I guess this is what it felt like to be a trailblazer in the Westward expansion, you take the arrows from the Indians on the trail as you chart new terrain.   You do it so that those that come behind you might have it different.   As I looked into the mirror and my face dried, I realized that I had made history once again, when I walked into the hall and saw the pictures of the sixty eight others that had been there before me, I realized how far WE had come, yet how far we still had to go.

~Lou Sandoval is an entrepreneur whose successful career transcends over 17 years of Fortune 100 experience parlayed into business ownership. Lou believes in giving back to his community and has been involved in the Boy Scouts of America's leadership. He serves on a few non-profit and professional boards. Opinions expressed here are solely personal and not a representation of any of the organizations with which he may be affiliated.
Email Post
Labels: inclusion privilege Stereotype typecast