Latino, Hispanic, Latinx- Which is it? 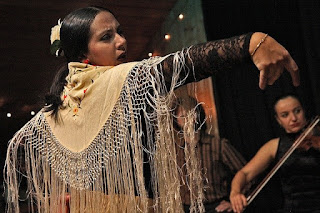 Latino, Hispanic, Latinx- Which is it?

The great 19th Century Theologian once wrote- “Life can only be understood backwards; but it must be lived forwards.” — Søren Kierkegaard -.

Progressives, Hispanics are not 'Latinx.' Stop trying to Anglicize our Spanish language.

I recently ran across the aforementioned op-ed in USA TODAY.  It follows several others that have been written over the past year in the LA Times and the blog -Latino Rebels.  It contrasts progressive viewpoints expressed in Mitu and Fusion.   This is a discussion worth having in the greater context of our enlightened, Caucasian allies.  While we might rush to say- "stop, please stop!"  It is incumbent on us to take this as a teaching moment.   THIS  is a topic of ongoing debate in the Hispanic/Latino community in our current times.  It is akin to the struggle in the American Black community that took place in the 70’s where there was a difference of opinion on whether ‘Black’ or ‘African-American’ was the right terminology to embrace a representation of the American Black community.

I digress,  For MLK’s birthday and following week- the Sandoval tribe took in Alex Haley’s mini-series “ROOTS” from the 70’s. It had been some time since I watched it, but watching it on Amazon Prime, it gave new insight into how progressive that series was for it’s time (1977). It dealt with some raw topics that , one might strongly argue have never really been addressed by our country.  It reminded me of how for one week, we were all glued to our TVs (pre-bing watching) seeing how the story of Kunta Kinte, Kizzy and Chicken George would play out.  Roots made the topic of conversation daily at my grammar School - Our Lady of Hungary in the Burnside neighborhood on Chicago's Southside.  A predominantly black school which I attended for eight years.   Revisiting Roots also allowed my wife and I to have a real good conversation with our daughters on the topic of racial inequality from the African American POV.  It painted an all too graphic picture of the transgressions of slavery in our country's history.   I share this because it is almost fundamental to understanding the issues our country faces across multiple fronts.  It is only through enlightenment and REAL conversations that we can move forward (while understanding the past).

There is a point of saturation on this stuff- but I’ll keep it light.  Related to the Latino conversation- Speaking generally, most of the Great Generation, Baby Boomer and Gen X  use Latino and Hispanic almost interchangeably.   While Millennial and Gen Z have now taken to this looser interpretation-  In business circles, Latino is commonplace as it embraces respectfully, even our South American brethren.    The author makes a good point, but to understand it fully- you have to be open to the impact of colonialization in the America’s which began with the arrival of Hernan Cortes (A Spanish conquistador) in the Americas.  This is a topic for another day.

Where to go with all of this?  What is relevant?  For this I recommend that our allies take on a broader understanding of the Hispanic experience in America.  We are consistently marginalized.  In the conversation of diversity- our story is drowned out.  In Corporate America- we are poorly represented both at the employee level , in Senior Management roles and in Board Rooms.   All the while, our buying power stands at the forefront of what every consumer products company dreams of - $2.6 Trillion dollars forecast to rise to $2.9Trillion in the next few years.  We are the largest subsector of the demographic population in five key markets: California, Texas, New York, Florida and Illinois.  We are quickly moving towards the majority (if not already) in those markets.  Get my point?  A recent Chicago Tribune  Cover Story Titled - "For 2021: Diversity, Equity and Inclusion".  The 3x3 collage of figures on the story graphic provided a very binary view on DEI.  I get that it is Black History Month, but Why the binary affiliation with DEI?

So back to enlightenment...

The path to correcting much of this is creating enlightenment with our non-Latino allies.  There are some 'easy' entrees into this.  For some light hearted, historically accurate and entertaining awareness- John Leguizamo has done a wonderful job in his play – Latin History for Morons- which is available on Netflix.  It truly covers what should be taught in American History class in a funny, educational way.  This is Latino-light as they say.

Much of Leguizamo’s brilliant play is based on reading from three core textbooks- I’ve referenced below in the heavier reading in case any of  you want to engage in some ‘light reading’ to become more culturally aware of one of the largest and fastest growing immigrant groups in America.

On the heavier end- Enclosed is some Additional Reading

1491- New Revelations of the Americas Before Columbus- Charles Mann

A People’s History of the United States- Howard Zinn

It has often been commented that due to the fact that I am fairly accultured, don’t speak with an accent -people "don’t see me as Latino".  This is probably one of the biggest micro aggressions that one can play onto a person of color.  What does a ‘Latino’ look like?  But it serves as a check on their perception of what "Latino looks like". Perhaps it is the monolithic stereotyping that Hollywood has placed on us. Are we solely domestic workers, landscapers , gang members and cartel leaders?  Regretfully, Hollywood in its sea of progressivism has lost its way.  The truth is We are lawyers, doctors, business owners, executives and everything that White America is- would be a better answer.

My, answer is simple- We are Like the Rainbow of the Americas and ALL its history.

~Lou Sandoval is an American Business Leader whose successful career transcends over 30 years of entrepreneurially Building businesses, brands, and high performing teams. Lou parlayed his Fortune 100 experience into business ownership and intrapreneurial Corporate leadership. As a servant leader, Lou believes in giving back to his community and has been involved in the Boy Scouts of America's leadership. He serves on a few non-profit and professional boards. Opinions expressed here are solely personal and not a representation of any of the organizations with which he may be affiliated. Copyright© Tenacity For Life- Lou Sandoval-All Rights Reserved
Email Post
Labels: DEI Diversity diversity includes latinos equity hispanic inclusion latino latino issues latinx